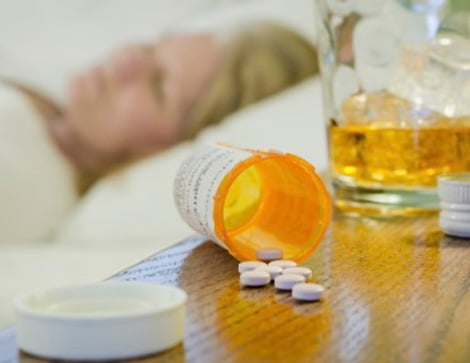 Electroencephalographic (EEG) biofeedback has been employed in substance use disorder (SUD) over the last three decades. The SUD is a complex series of disorders with frequent comorbidities and EEG abnormalities of several types. EEG biofeedback has been employed in conjunction with other therapies and may be useful in enhancing certain outcomes of therapy. READ FULL TEXT

This paper is a review not only of the Peniston-Kulkosky protocol for alcoholism and PTSD but of the prior history of alpha training leading up to their epoch-making studies, as well as of the follow-on studies that replicated their work. READ FULL TEXT

Neurofeedback treatment for addictions in adults is probably efficacious, and several reported approaches are described with their indications. Neurofeedback is promising as a treatment modality for adolescents, especially those with stimulant abuse and attention conduct problems. It is attractive as a medication-free, neurophysiologic, and self-actualizing treatment for substance-based, brain-impaired and self-defeating disorder. READ FULL TEXT

Is there an Anti-Neurofeedback Conspiracy? (pdf) by Trocki KF PhD

As we all well know, addictions are very difficult to treat and relapse rates are very high. Furthermore the individuals with the best outcomes are likely to be white, of high socioeconomic status (SES) better educated, addicted to a single drug, or in a socially stable living situation. However over the past two decades a new kind of adjunct therapy for addictions has emerged that is ideally suited for delivery within treatment settings by midlevel licensed professionals such as nurses, socialworkers, counselors, or physical therapists. This is a treatment approach that has shown strong, positive results in long term follow-ups but the spread has been glacially slow. Given the strong positive findings it almost seems as though there is a sort of a conspiracy keeping this treatment from being used.READ FULL TEXT (PDF)

A behavioral research team announced today that it has doubled the recovery rate for drug addicts in a study that gave patients feedback on their brain’s electrical activity in conjunction with conventional treatment for drug abuse. William C. Scott, principal investigator of the study, said that across the country, drug rehab programs have generally achieved a success rate of 20 to 30 percent in relapse prevention one to two years following treatment. In the current study, in excess of 50% of experimental subjects remained drug-free a year later. The study used Neurofeedback, a technique that trains patients to alter their brainwave patterns as they receive information about those patterns.READ FULL TEXT

For the past three decades, the National Institute on Drug Abuse (NIDA) has led the way in supporting research to prevent and treat drug abuse and addiction and mitigate the impact of their consequences.READ FULL TEXT (PDF)

Alcohol and drug abuse is an ongoing societal and treatment problem (1, 2). While major resources have been employed to study and treat addiction, there has been little significant improvement in the success rate of treatment. Relapse rates remain high, typically over 70% (3-5). Gossop et al. (6) reported 60% of heroine addicts relapsed one year following addiction treatment. Peniston and associates have demonstrated significantly higher abstinence rates with alcoholics when they incorporated EEG biofeedback into the treatment protocol (7-10). Eighty percent of subjects in these experiments were abstinent one-year posttreatment.READ FULL TEXT (PDF)

A controlled case study was conducted of effects of EEG alpha and theta brainwave training with a recovering alcoholic patient who experienced craving and fear of relapse after 18 months of abstinence. Training consisted of six sessions of thermal biofeedback to increase central nervous system (CNS) relaxation. Effects were documented with pretreatment and post-treatment personality testing, 20-channel digitized EEG evaluations both under relaxed conditions and under stress, minute-by-minute physiologic recordings of autonomic and EEG data during each training session, blood pressure, and heart rate indications taken both during relaxation and under stress, and by clinical observation.READ FULL TEXT

This three year follow-up study presents the treatment outcomes of 19 Dine’ (Navajo) clients who completed a culturally sensitive, alpha/theta Neurofeedback training program. In an attempt to both replicate the earlier positive studies of Peniston (1989) and to determine if Neurofeedback skills would significantly decrease both alcohol consumption and other behavioral indicators of substance abuse, these participants received an average of 40 culturally modified Neurofeedback training sessions. This training was adjunctive to their normal 33 day residential treatment.READ FULL TEXT (PDF)

The effects of alpha conditioning on the habits of four methadone maintained patients were assessed. All four learned some control over alpha activity in the 5-week, 10-session training period.READ FULL TEXT

In an earlier study on patients with alcohol problems, an experimental group given 10 hour-long alpha biofeedback training sessions showed greater improvement on State and Trait Anxiety scores than did a control sample. In the present study an 18-month follow-up was done on those Ss.READ FULL TEXT