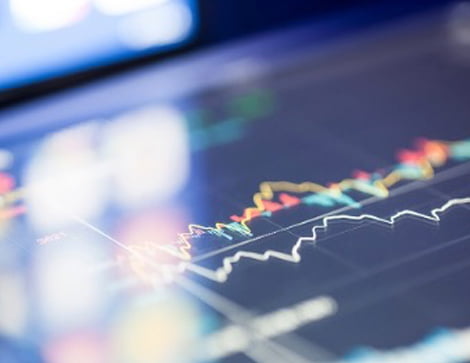 An individually optimized dynamic EEG reinforcement protocol has been recently extended to the domain of very low EEG frequencies, down to 0.01 Hz in center frequency of the reinforcement band. This represents a straight-forward extension to very low frequencies of a fairly generic training strategy that has been in productive use for many years. Improved clinical outcomes have been observed for a variety of hitherto intractable conditions, including the autistic spectrum, attachment disorder, eating disorders, and migraine conditions that have been refractory to prior neurofeedback.READ FULL TEXT (PDF)

The application of neurofeedback to post traumatic stress disorder (PTSD) in returning veterans is described herein and is illustrated with two case histories. Initially, frequency-based electroencephalogram training was employed to promote functional recovery, in the manner of the traditional sensorimotor rhythm/beta approach. An optimization procedure was employed in which the reinforcement frequency is tailored to the client on the basis of symptom response, with particular regard for the regulation of arousal. Low frequencies, down to .01 Hz, have been found especially useful in the remediation of posttraumatic stress disorder. This training was complemented with traditional alpha-theta work as pioneered at the Menninger Foundation and by Peniston.READ FULL TEXT (PDF)

An increasing number of EEG and resting state fMRI studies in both humans and animals indicate that spontaneous low frequency fluctuations in cerebral activity at <0.1 Hz (infra-slow oscillations, ISOs) represent a fundamental component of brain functioning, being known to correlate with faster neuronal ensemble oscillations, regulate behavioural performance and influence seizure susceptibility. Although these oscillations have been commonly indicated to involve the thalamus their basic cellular mechanisms remain poorly understood. Here we show that various nuclei in the dorsal thalamus in vitro can express a robust ISO at ~0.005–0.1 Hz that is greatly facilitated by activating metabotropic glutamate receptors (mGluRs) and/or Ach receptors (AchRs).READ FULL TEXT

For children with attention deficit/hyperactivity disorder (ADHD), a reduction of inattention, impulsivity and hyperactivity by neurofeedback (NF) has been reported in several studies. But so far, unspecific training effects have not been adequately controlled for and/or studies do not provide sufficient statistical power. To overcome these methodological shortcomings we evaluated the clinical efficacy of neurofeedback in children with ADHD in a multisite randomised controlled study using a computerised attention skills training as a control condition. READ FULL TEXT

Neurofeedback for Children with ADHD: A Comparison of SCP with Theta/Beta Protocols (abs.) by Leins U, Goth G, Hinterberger T, Klinger C, Rumpf N, Strehl U

This study fills a niche in the research to date in that it compares two neurofeedback techniques that rely on very different challenges to the brain. The capacity for learned self-regulation was demonstrated once again with both techniques. Significantly, there was no difference between them in terms of cognitive and behavioral outcomes. Measured improvement in IQ was both statistically and clinically significant. Results held up over a six-month follow-up period. READ FULL TEXT

This study fills a niche in the research to date in that it compares two neurofeedback techniques that rely on very different challenges to the brain. The capacity for learned self-regulation was demonstrated once again with both techniques. Significantly, there was no difference between them in terms of cognitive and behavioral outcomes. Measured improvement in IQ was both statistically and clinically significant. Results held up over a six-month follow-up period. READ FULL TEXT

DC-magnetoencephalography (DC-MEG) technique has been refined and allows to record cortical activity in the infraslow frequency range less than 0.1 Hz noninvasively. Important questions however, remained, especially, how specific these infraslow activations can be recorded and whether different activations, for example, motor versus acoustic, can be separated.READ FULL TEXT

Neurofeedback at Infra-low Frequencies of the EEG by Othmer S

It is time for an update on our collective experience with infra-low frequency neurofeedback training. One impetus is the continuing confusion in the rest of the field about the implications of this kind of training, both theoretically and practically. Some are still skeptical of the whole enterprise. Others are coming to terms with it, but would prefer to regard it as filling certain niches within the panoply of neurofeedback approaches. Such pigeon-holing would nicely leave unperturbed whatever has come before in terms of neurofeedback approaches and understandings. While it is probably true that no single neurofeedback technique will cover all the bases, the infra-low training gives every sign of being broadly applicable to the concerns that surface in neurofeedback offices. It’s not just for PTSD and for the autism spectrum. It follows, then, that it must be folded into our thinking generally about neurofeedback and cannot be compartmentalized.READ FULL TEXT

The Ongoing Saga of Infra-low Frequency Training by Othmer S

Our infra-low frequency training is sending ripples through the field of neurofeedback because it appears to represent such a fundamental departure from prevailing models. It is at such a bifurcation point that a professional community is tested in its assumptions, in its procedures, in its processes for finding accommodation, and indeed in its humanity. Unfortunately, the field of neurofeedback already has a history of fragmentation behind it. Therefore history does not augur for a benign accommodation to our new findings. More than likely we will just be in for continuing Balkanization of our field.READ FULL TEXT

The recent newsletter on Infra-low Frequency Training raised a number of issues within our readership and within the larger neurofeedback community. The principal issues are addressed in the following.
First of all there is the issue of how we detect infra-low frequency activity with an amplifier that “cuts off” at 0.08 Hz. The Cygnet system incorporates a single stage of high-pass filtering into its design. We did so to provide more stable and more graceful operation of the system in its most common applications. Little did we know that down the line our most common applications would extend well into the frequency range that we were cutting off with our filter.READ FULL TEXT

The program of the Northeast Regional Biofeedback Society Fall Conference, convening on the grounds of the former Women’s adjunct college of Rutgers University in New Brunswick, NJ, quite possibly pointed the way to our near-term future, namely the mutual accommodation of the biofeedback and neurofeedback perspectives. The one-day conference was preceded by an all-day seminar on Heart Rate Variability (HRV) training, conducted by Paul Lehrer, Bronya and Evgeny Vaschillo, and Maria Karavidas.READ FULL TEXT

Over the last several years we have increasingly explored the low-frequency domain of the EEG for neurofeedback applications. Surprisingly to us all this has led us to the realm of infra-low frequency training, below the 0.5 Hz cutoff that is commonplace in EEG work. It is tempting to refer to this very low frequency neurofeedback as a breakthrough, but in fact this has simply been the latest iteration of a long progression from one milestone to the next in an evolution of our particular protocol-based approach. So it does not feel like a breakthrough to those who have been involved every step of the way. It only appears like a breakthrough because when considered on its own it seems like a complete negation of the standard assumptions of neurofeedback. Perhaps in consequence of that the method has already attracted the usual gallery of skeptics. The survival of this kind of skepticism at this late date reminds us that the typical understanding people have about neurofeedback is being grossly violated. A reappraisal of the usual assumptions is therefore in order. READ FULL TEXT

The first convincing evidence for EEG feedback efficacy in the management of pathophysiology was with regard to generalized seizures. The early work by Sterman, Lubar, as well as the subsequent follow-up by others, therefore remains a crucial point of reference for the various feedback techniques that have built upon the early protocol of SMR reinforcement combined the theta-band and high-beta band inhibition. Remarkably, the essential features of the early approach have been retained in the various evolutionary pathways that have emanated from the early work. This essential similarity has perhaps obscured other aspects of the training approach that have changed substantially over time, the significance of which may not have been fully appreciated except in reflection. In this newsletter we consider some of these changes and their implications generally, as well as for seizure management in particular.READ FULL TEXT

Process in Brain Research – Volume 7: Slow Electrical Processes in the Brain by Aladjalova A

Many phenomena in animal nerve tissue are accompanied by electrical processes. These processes are largely due to mechanisms of nervous activity. They provide special opportunities for studying those aspects of nervous activity which generally do not lend themselves to other research techniques.PREVIEW BOOK

Intro to the Brain (video)

An excerpt of a talk by Jay Gunkelman where he provides an introduction to infra-low frequency activity and a discussion of the potenial glial cell explanation for this activity.WATCH VIDEO

Spontaneous very low frequency oscillations (VLFO: <0.2 Hz) in functional magnetic-resonance imaging are proposed to identify a default-mode network of resting brain activity. Activity in this network has been related to lapses of attention during goal-directed tasks and may provide a basis for ADHD. This study assessed the relation between scalp-recorded EEG VLFO at rest and ADHD.READ FULL TEXT

Our ability to perceive weak signals is correlated among consecutive trials and fluctuates slowly over time. Although this “streaking effect” has been known for decades, the underlying neural network phenomena have remained largely unidentified. We examined the dynamics of human behavioral performance and its correlation with infraslow (0.01-0.1 Hz) fluctuations in ongoing brain activity.READ FULL TEXT