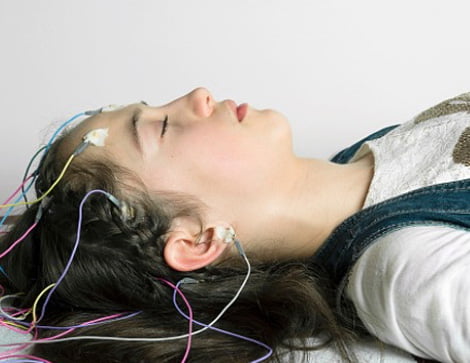 This article presents a critical review of quantitative electroencephalographic (qEEG) research and issues relevant to its clinical application. Included is a summary of methodologic issues necessary for a reliable implementation of qEEG within clinical settings and a brief discussion of controversial issues surrounding this implementation.READ FULL TEXT

In recent years, electroencephelagraphic and neuroimaging techniques have become increasingly popular among researchers for the investigation of the relationship between specific hemispheric asymmetries and clinical depression. These techniques may prove useful tools when used in conjunction with more common neuropsychological testsREAD FULL TEXT (PDF)

Quantitative EEG data were collected from 20 men convicted of murder and sentenced to death. Measures of coherence, phase, amplitude asymmetry, and relative power from 19 scalp electrode sites during an eyes closed, resting condition were compared to a normative database. Measures significantly different from normal were tallied to determine electrode site locations with greatest concentrations of abnormalities.READ FULL TEXT (PDF)

Gates, States, Rhythms, and Resonances: The Scientific Basis of Neurofeedback Training by Abarbanel A Ph.D. M.D.

Human brain wave patterns (EEG) are complex traits as is illustrated by the fact that the mode of inheritance is not a simple mendelian one for the great majority of parameters used to quantify EEG characteristics. One exception may be the low-voltage EEG that is characterized by the absence of an alpha rhythm in the resting EEG and is hypothesized to be an autosomal-dominant trait [Vogel 1986; Anokhin et al. 1992; Steinlein et al. 1992a, b].READ FULL TEXT

Human brain wave patterns (EEG) represent complex traits as is illustrated by the fact that the inheritance does not follow simple mendelian modes in the great majority of parameters used to quantify EEG characteristics. The only exception might be the low-voltage EEG that is characterized by the absence of an alpha rhythm in the resting EEG and that is hypothesized to be an autosomal-dominant trait (Vogel 1986; Anokhin et al. 1992; Steinlein et al. 1992a, b). READ FULL TEXT

In a large twin-family study comprising EEG recordings of 919 subjects, we applied methods of quantitative genetics to explore the trait-like qualities of EEG parameters, and to quantify the proportions of phentotypic variance that can be attributed to genetic and environmental influences. Our study confirmed previous findings regarding the existence of strong heritable factors that contribute a major proportion to the inter- individual variance in human brain wave patterns. READ FULL TEXT

Recent MRI studies comparing schizophrenic patients with healthy controls have provided evidence of brain-morphologic changes in the patients with schizophrenia. However, quantitative data derived from these studies indicated that the differences between patients and controls are generally slight and that there is a substantial normal variation in any of the morphometric measures.READ FULL TEXT

Basal skin response (BSR) is the measure of skin conductance, as measured on the palmar surfaces of two fingers. As the eccrine gland system mobilizes in response to sympathetic arousal, the glands sweat. This can be a window to the body’s acceptance to new brain wave states.READ FULL TEXT (PDF)

Childhood sexual abuse (CSA) is a problem of epidemic proportions that has been implicated by recent research to change brain structure and function in children (Ito, Teicher, Glod, & Ackerman, 1998).READ FULL TEXT (PDF)

Functional imaging studies consistently find that emotional stimuli activate the posterior cingulate cortex, a region that appears to have memory-related functions. However, prior imaging studies have not controlled for non-emotional stimulus features that might activate this region by engaging memory processes unrelated to emotion. READ FULL TEXT

This electroencephalographic (EEG) study was designed to explore the differences in power spectra and coherence associated with subjective levels of engrossment, or absorption, in an auditory task.READ FULL TEXT (PDF)

A double reversal single-subject experimental design was used to study the effects of visual feedback on the hemispheric alpha asymmetries of a male subject during a linguistic task.READ FULL TEXT

Frontal EEG alpha asymmetry was recorded from five depressed outpatients during early EEG biofeedback sessions. Mood was assessed prior to and after each session, and affect change scores were also derived by subtracting pre-session from post-session scores.READ FULL TEXT

Two experiments were done with subjects from a paid pool of undergraduates. In each study, there were five 1-hour sessions on each of 5 days. READ FULL TEXT

It has been shown recently that accurate feedback of alpha and theta electroencephalographic (EEG) activity, as employed in the commonly used “alpha/theta protocol,” induced linear increments in within-session theta-over-alpha ratios in comparison to non-contingent feedback in a healthy sample.READ FULL TEXT (PDF)