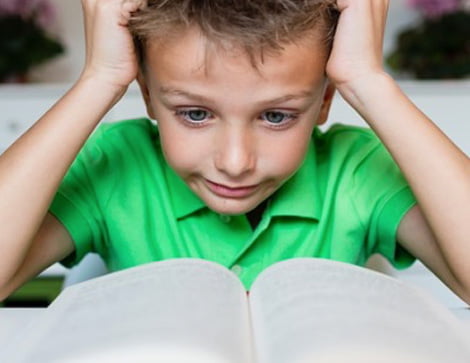 According to the DSM-IV, Mental Retardation is significantly sub-average general intellectual functioning accompanied by significant limitations in adaptive functioning in at least two of the following skill areas: communication, self-care, home living, social/interpersonal skills, use of community resources, self-direction, functional academic skills, work, leisure, health and safety. In pilot work, we have seen positive clinical effects of Neurofeedback (NF) applied to children with Trisomy 21 (Down Syndrome) and other forms of mental retardation. Given that many clinicians use NF in Attention Deficit Hyperactivity Disorder and Generalized Learning Disability cases, we studied the outcomes of a clinical case series using Quantitative EEG (QEEG) guided NF in the treatment of mental retardation. All 23 subjects received NF training. The QEEG data for most subjects had increased theta, alpha, and coherence abnormalities.READ FULL TEXT

One-hundred and two school-aged children (28 female, 74 male) with attentional problems (impulsive, inattentive, and/or hyperactive) participated in this study. Thirty-two were clearly diagnosed with ADHD/ADD. Mean age was 9.7 y, with a range from 6 to 14 years of age. Characteristically, the intake criteria were generous. Nearly half of the children exhibited learning disabilities, Conduct Disorder, or ODD comorbid conditions.READ FULL TEXT (DOC)

The goal of this research was to ascertain whether basic reading, reading comprehension, the reading composite, and IQ scores could be improved using neurofeedback. Pre-test and post-test reading and cognitive assessments were administered to sixth, seventh and eighth graders identified as having learning problems. Control and experimental groups were chosen at random.READ FULL TEXT (PDF)

Neurofeedback (NFB) is an operant conditioning procedure, by which the subject learns to control his/her EEG activity. On one hand, Learning Disabled (LD) children have higher values of theta EEG absolute and relative power than normal children, and on the other hand, it has been shown that minimum alpha absolute power is necessary for adequate performance.READ FULL TEXT

Facilitation of Performance on an Arithmetic Task as a Result of the Application of a Biofeedback Procedure to Suppress Alpha Wave Activity (abs.) by Jackson GM and Eberly DA

This study presents a clinical treatment regime for pathological interhemispheric dysfunction with respect to a population of learning disabled boys. The results obtained replicate and extend earlier findings with respect to operantly conditioned increases in amplitude of sensorimotor transactions and its positive effect on learning disability.READ FULL TEXT

EMG and EEG Biofeedback Training in the Treatment of a 10-year-old Hyperactive Boy with a Developmental Reading Disorder (abs.) by Tansey MA and Bruner RL

The serial application of electromyographic (EMG) and sensorimotor (SMR) biofeedback training was attempted with a 10-year-old boy presenting a triad of symptoms: an attention deficit disorder with hyperactivity, developmental reading disorder, and ocular instability. Symptom elimination was achieved, for all three aspects of the triad, following the procedure of first conditioning a decrease in EMG-monitored muscle tension and then conditioning increases in the amplitude of sensorimotor rhythm over the Rolandic cortex.READ FULL TEXT

The use of neurofeedback as an operant conditioning paradigm has disclosed that participants are able to gain some control over particular aspects of their electroencephalogram (EEG). Based on the association between theta activity (4-7 Hz) and working memory performance, and sensorimotor rhythm (SMR) activity (12-15 Hz) and attentional processing, we investigated the possibility that training healthy individuals to enhance either of these frequencies would specifically influence a particular aspect of cognitive performance, relative to a non-neurofeedback control-group.READ FULL TEXT