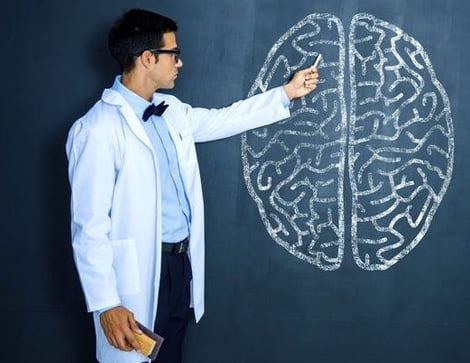 We investigated the effect of chronic stress on synaptic responses of rat dentate granule cells to perforant path stimulation. Rats were subjected for 3 wk to unpredictable stressors twice daily or to control handling. One day after the last stressor, hippocampal slices were prepared and synaptic responses were determined with whole-cell recording.READ FULL TEXT

The Neurobiology of Stress: From Serendipity to Clinical Relevance (abs.) by McEwen BS

The hormones and other physiological agents that mediate the effects of stress on the body have protective and adaptive effects in the short run and yet can accelerate pathophysiology when they are over-produced or mismanaged.READ FULL TEXT

This meta-analysis addresses the association between attachment security and each of three maternal mental health correlates. The meta-analysis is based on 35 studies, 39 samples, and 2,064 mother-child pairs.READ FULL TEXT

The human amygdala’s involvement in negative emotion is well established, but relatively little is known regarding its role in positive emotion.READ FULL TEXT

The objective of this study was to assess the sensitivity of motor-evoked potentials (MEPs) elicited by transcranial magnetic stimulation (TMS) in demonstrating the possible subclinical impairment of the corticospinal pathway after recovery, in patients with a clinical history of pure motor stroke (PMS) due to a single lacunar infarct detectable by magnetic resonance imaging (MRI).READ FULL TEXT

The purpose of the present investigation was to study the readaptation of a human muscle after a prolonged stay in microgravity and after a bed rest of several months.READ FULL TEXT

The Importance of the Dominant Hemisphere in the Organization of Bimanual Movements (abs.) by Serrien DJ, Cassidy MJ, Brown P

The successful control of upper limb movements is an essential skill of the human motor system. Yet, the neural organization of bimanual actions remains an issue of debate.READ FULL TEXT

The syllable and the phoneme are two important units in the phonological structure of speech sounds. In the brain mapping literature, it remains unsolved as to whether there are separate brain regions mediating the processing of syllables and phonemes. READ FULL TEXT

Reading in a second language (L2) is a complex task that entails an interaction between L2 and the native language (L1). READ FULL TEXT

Functional imaging studies consistently find that emotional stimuli activate the posterior cingulate cortex, a region that appears to have memory-related functions. However, prior imaging studies have not controlled for non-emotional stimulus features that might activate this region by engaging memory processes unrelated to emotion. READ FULL TEXT

Working memory (WM) and attentional deficits have been implicated in the pathophysiology of both obsessive-compulsive disorder (OCD) and opioid addiction.READ FULL TEXT

Executive dysfunction is among the most common and disabling aspects of cognitive impairment following traumatic brain injury (TBI), and may include deficits in reasoning, planning, concept formation, mental flexibility, aspects of attention and awareness, and purposeful behavior.READ FULL TEXT

The term “mapping” in the context of brain imaging conveys to most the concept of localization; that is, a brain map is meant to reveal a relationship between some condition or parameter and specific sites within the brain. READ FULL TEXT

The Potential Impact of Transcendental Meditation on Recovery from Traumatic Brain Injury by Arenander AT Ph.D.

Traumatic brain injury (TBI) can present as interrelated problems of neurophysiological imbalance and incoherence. Even “mild” TBI can have devastating effects on the injured individual as well as the family. READ FULL TEXT

This is a pilot study of quantitative electroencephalographic (QEEG) comodulation analysis, which is used to assist in identifying regional brain differences in those people suffering from chronic fatigue syndrome (CFS) compared to a normative database.READ FULL TEXT

In this study, the authors investigated the presence of genetic influences and devel­ opment on the spontaneous electroencephalogram (EEG) by examining the similarity of 15- and 17-year-old monozygotic (MZ) and dizygotic (DZ) twins. READ FULL TEXT