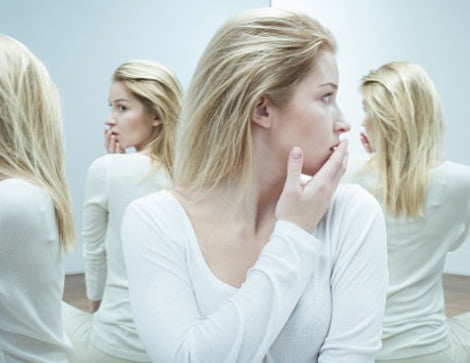 A new diagnostic category is emerging: Childhood bipolar disorder. It was traditionally thought that as few as one in 200 cases of bipolar disorder had an onset which could be traced to childhood. Biederman’s recent research shows that perhaps on the other of 20% of children identified as ADHD could be on the way to developing full-blown bipolar disorder. To make this identification, however, the markers of childhood bipolar disorder are destructive rage and irritation rather than the euphoria and elation that characterizes the adult form. The proof that the childhood form of the disorder metamorphoses into the adult form eventually must still be outstanding. The model is still too new.READ FULL TEXT

TBipolar Disorder – Childhood Onset Case StudyA 12-year-old boy with signs of Bipolar Disorder has been on Concerta, Risperdal, and Zoloft for the last three years. He has trichotillomania (involuntary hair-pulling) since beginning the Concerta. He is very anxious. He is verbally inappropriate with peers. He exhibits manic sleep behavior, in that he sleeps very few hours.READ FULL TEXT

On the construct of “The Bipolar Child,” proposed by Demitri and Janice Papolos by Othmer S Ph.D. Chief Scientist

Over the years we have talked about our own son Brian in terms of his temporal lobe epilepsy, and we generalized from there to severe behavioral disorders. That always had limited appeal as a model for both practitioners attending our classes and for parents of difficult children. Most professionals don’t relate readily to “subclinical seizure phenomena,” nor are parents thrilled to see the term seizure disorder used in connection with their children unless the diagnosis is obligatory. Talking about seizure disorder in larger terms was a non-starter.READ FULL TEXT

Neurofeedback for the Bipolar Child (abs.) by Othmer S Ph.D.Bipolar Disorder used to be a rare diagnosis in childhood. Recent research has elevated the importance of Bipolar Disorder as an issue in perhaps 20% of children formally diagnosed as ADHD. The medical management of these children is problematic, tending to involve anti-convulsants and neuroleptics rather than stimulants and anti-depressants. READ FULL TEXT (PDF)

Self-Regulation of Electrocortical Activity in Schizophrenia and Schizotypy: A Review (abs.) by Gruzelier J

Contrary to the belief that schizophrenic patients will be unable to learn self control of electrocortical activity due to attentional and motivational deficits, the two studies which have investigated this, both involving operant conditioning of slow cortical potentials, have demonstrated that self regulation can take place.READ FULL TEXT

We report on the feasibility of teaching 16 (DSM-IV) schizophrenic patients, subdivided by syndrome, self-regulation of interhemispheric asymmetry having demonstrated efficient learning of interhemispheric control in normal subjects. Reversal of asymmetry may be important to treatment and recovery in schizophrenia for following improvement on neuroleptic drugs functional hemispheric asymmetries have reversed, with directions of reversal and pre-existing asymmetry dependent on syndrome.READ FULL TEXT

Slow cortical potentials (SCPs) are considered to reflect the regulation of attention resources and cortical excitability in cortical neuronal networks. Impaired attentional functioning, as found in patients with schizophrenic disorders, may covary with impaired SCP regulation. This hypothesis was tested using a self-regulation paradigm. Twelve medicated male schizophrenic inpatients and 12 healthy male controls received continuous feedback of their SCPs, during intervals of 8 s each, by means of a visual stimulus (a stylized rocket) moving horizontally across a TV screen.READ FULL TEXT

Joint Meeting of the EEG and Clinical Neuroscience Society (ECNS) and the International Society for NeuroImaging in Psychiatry (ISNIP), in Frankfurt, Germany, September 10-13, 2008.

Neurometric Analysis Guided Neurofeedback Treatment in Schizophrenia – Case study: 52 Patients by Sürmeli T MD BCIAC-EEG, Psychiatrist, LHC for Research and Education, Istanbul, Turkey EEG studies of schizophrenic patients indicate a higher number of patients with abnormal records decreased in alpha activity, increased delta and theta activity and possibly more left sided abnormalities, and some coherence abnormalities. The clinical Antipsychotic Trials for Interventions Effectiveness raise important questions about relapse, treatment resistance, minimizing adverse effects and improving treatment adherence in schizophrenia. We thought neurofeedback treatment may address those problems. Most of the patients were diagnosed with chronic schizophrenia before coming to our center and did not improve in their symptoms with antipsychotic medications. Neurometric analysis of the QEEG of the patients suggested chronic schizophrenia consistent with the clinical judgment of the author. All 52 patients received QEEG analysis with the Nxlink data bank, PANSS and 31 out of 52 patients also received T.O.V.A. and MMPI at baseline and at the end of the treatment. Responses to PANSS were analyzed to evaluate the effectiveness of neurofeedback between 40-120 training sessions. Forty-three patients improved after neurofeedback treatment. 7 dropped the treatment and 2 did not respond. The patients who showed coherence abnormalities in the QEEG responded better and quicker to treatment. Antipsychotic medications may increase coherence abnormalities in the brain but coherence abnormalities can be diminished with neurofeedback treatment to get a better outcome. NF treatment may increase adherence to treatment and reduce possible side effects of antipsychotics in schizophrenia. Further study with controls is warranted.