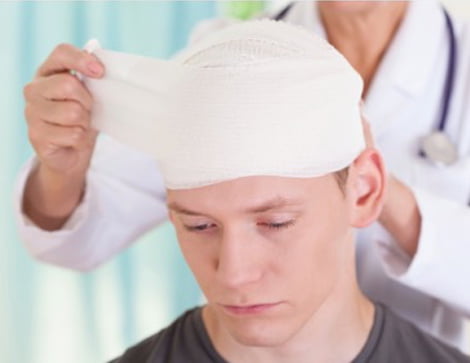 A review is presented of the currently sparse literature about EEG operant conditioning or biofeedback as a treatment to reduce symptomology and patient complaints following a traumatic brain injury.READ FULL TEXT

The author discloses a personal history of undiagnosed mild traumatic brain injury (MBTI) and identifies a typical course and progression of this condition. He advocates a careful inquiry for possible head injury whenever the clinical history shows an original period of normal functioning, a progression of disturbance over time, multiple diagnoses, and poor response to treatment with medicationREAD FULL TEXT (PDF)

Some people, after a mild closed-head trauma of either direct-impact or non-impact acceleration/ deceleration type, do not return to pre-trauma cognitive and emotional behavior. While their brain functioning appears relatively intact under some circumstances, it performs poorly under others.READ FULL TEXT (PDF)

Recovery from mild closed head injury (of >50%) was noted in 88% of the patients (mean recovery = 72.7%). All patients reported that they were able to return to work following the treatment, if they had been employed prior to the injury. On average, 19 sessions were required, less than the average of 38 sessions required using power training of Cz-Beta in our previous unpublished study. Conclusions. In this uncontrolled open trial of QEEG-guided coherence training, the majority of patients with mild closed head injury experienced substantial and rapid symptomatic improvement, including return to work. Further study with controls and additional outcomes measures is warranted.READ FULL TEXT

Neurofeedback Therapy for a Mild Head Injury by Byers AP

The purpose of this study was to evaluate Neurofeedback Therapy (NFT) for a Mild Head Injury (MHI). The subject was a 58-year-old female who fell and struck her head in 1988. The NFT began in 1994 and was preceded and followed by neuropsychiatric and neuropsychological evaluations as well as quantified electroencephalograms (QEEG). The patient completed a symptom checklist and the Minnesota Multiphasic Personality Inventory 2 (MAPI- 2) before and after NFT.READ FULL TEXT (PDF)

EEG NeuroBioFeedback Treatment of Patients with Brain Injury Part 4: Duration of Treatments as a Function of Both the Initial Load of Clinical Symptoms and the Rate of Rehabilitation (abs. pg. 1) by Bounias M DSc, Laibow RE MD, Stubblebine AN MSc, Sandground H, Bonaly A DScr

This article presents a new approach to the remediation of memory deficits by studying the electrophysiological functioning involved in memory and applying biofeedback techniques. A Quantitative EEG (QEEG) activation database was obtained with 59 right-handed subjects during two auditory memory tasks (prose passages and word lists). Memory performance was correlated with the QEEG variables.READ FULL TEXT

Twelve people aged 21 to 53 who had experienced mild to moderately severe closed head injury at least 12 months previously and who reported substantial cognitive difficulties after injury, which interfered with their functioning. READ FULL TEXT